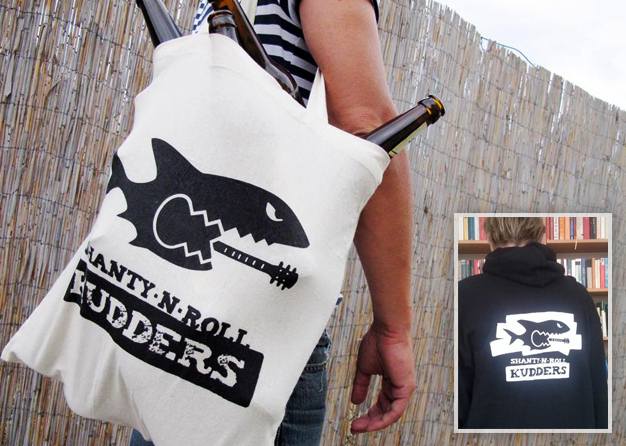 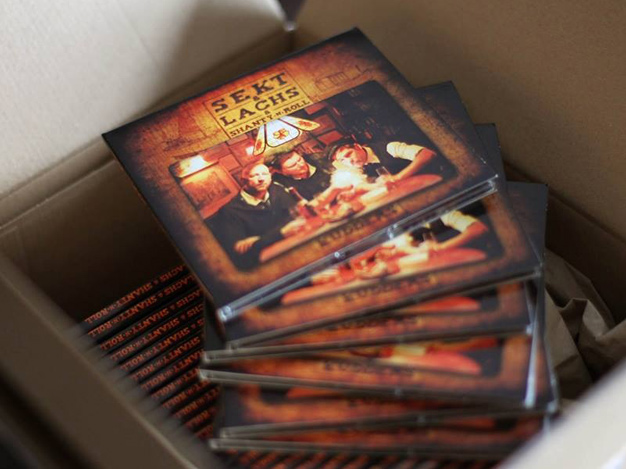 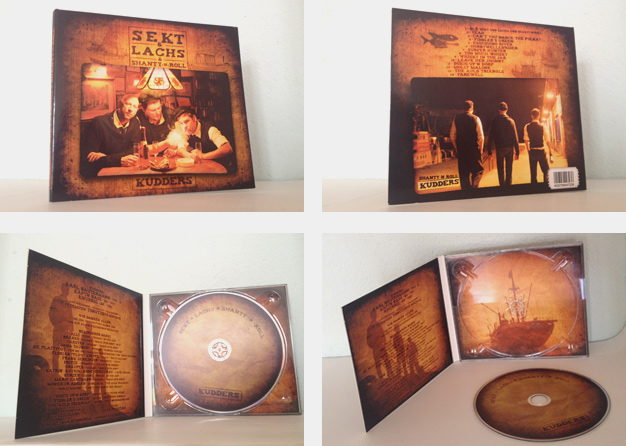 IFA 2016 – Exhibition Stand Deutsche Telekom
In September 2016 the IFA was on. I did design graphics for the main stage and several exhibits…

Graphics came out of my fingertips.

What are they looking at? At the visualisation of the concept of ‚Smart Parking‘.
Still a concept, but Telekom is working on it.

Like the last years – I´ve been asked to create some neat graphics and visual concepts for the appearance of the stand of Deutsche Telekom at CeBit 2016.
This time mainly for the project: WORLD OF INTERNET OF THINGS (IOT) – a Robotic Scenery Viewer

World of Internet of Things from q-bus Mediatektur GmbH on Vimeo.

IFA 2015 – Exhibition Stand Deutsche Telekom
In September 2015 the IFA was on. I did design graphics for the main stage – in particular a game you could play with a friend on a tandem bycicle agains another team of 2. The faster you get, the faster your net speed will be. At the end you´ll get your boost, which is physically connected to your bike.

Impressions of the stand:

The whole stand was surrounded by huge Hi-res-Picture frames, which were partly interactive by movement-sensitive sensoric technology.

I´ve worked on Designs for the Deutsche Telekom Stand at Cebit 2014.

I worked as Design responsible for the appearance of the Airbus – Immersive Lining, the exhibit on the Stand. Watch the Video for better understanding:

…I created several graphics for Events on the Stage (included – the one on the top of this post):

IFA 2014 – Exhibition Stand Deutsche Telekom
In September 2014 the IFA was on. I did design graphics for a multimedial soundvisualizer.
10 levels turning a button.

I did it again ;) I´ve worked on Designs for the Deutsche Telekom Stand at Cebit 2012.

You can find more pictures and descriptions about the whole project here.

Besides other nice multimedial Design Projects I´ve worked on for the Deutsche Telekom Stand at Cebit 2011 – my main Project was the conception and design of a gigapan. Yes;
another gigapan of enormous dimensions ;).
This one ‚Panorama der Visionen‘ (Panorama of Visions) won a “Red Dot Design Award‚!
Please watch the explaining video.

You can find more pictures and descriptions about the project ‚Panorama der Visionen‘ (Panorama of Visions) here.

‚Virtual Window‘ was the name of this installation at the Exhibition Stand of the Deutsche Telekom this year at the Ifa.

The interactive device iPad was located 2m in front of the screen/window.

This is the Look at the Fair.

The Principle of the Virtual Window.

The cover of the window could be opened in real from the iPad.

The iPad in use.

The Look of the Virtual Window/Screen.

The Try to show the use of both devices ;)

Impressions of the 3D-generated Rooms of the house.

Nice’n’shiny is the design of the buttons i created for the iPad-Application. Each room got one color for orientation.

This is a Re-Use of the Design I made for the Cebit 2011 (Telekom Stand) last winter. A gigapan of enormous dimensions ;) compressed on just one screen and aplied to a single-touch-application. This ‚Panorama der Visionen (Panorama of Visions) has won a “Red Dot Design Award‚ this year.

The different steps of logo development:

These guys did it again. They updated their software FilterShaper 2.

And asked me to redesign their product after i did the redesign of their audio tools ‚Curve‚ and ‚VolumeShaper‚. Have a look here.

See the software in use here.

HOMARO means humanity in esperanto and is also the name of a children’s home for kids, who came unattanded as refugees to germany. For communication with german institutions they needed a CI. So I made this.

RIVA LOGO for TV-MOVIE.
I was asked to create a logo for a supermarket chain which fits into a crime scene within a german TV-Movie.
At the end of the scene the supermarket gets blown up – yeah!

The cableguys are always improving their successful software product family.
They updated their software Curve 2.5. I designed it.
Oh, and their new website as well ;)

Also the redesign of the new VolumeShaper had to be created.

SBZ – Deliveries
To promote the offers / activities of the youth & cultural center ‚SBZ Rostock (Suedstadt / Biestow)‘ – I´m creating diverse designs / illutrations as volunteer work for several years now.
Have a look at the postcard I made for them in 2010.

Most of the time the Flyer designs have to come in colour AND in black & white because the sponsering of colourprints often contains just one poster, which is usually displayed in the cultural center – the handouts do have to work in black & white as well.
It´s a real pitty, but moneyflow for social work is not happening that much – as we all know…

While the cableguys are always improving software product family, the need of consistency in shape and look became more & more important. So besides turning the interface of the software itself into a darker and minimalistic look, we needed to work on the different plugin-names and make them a sign which works with the logo of the company. As for example
these products. I hope for them there is too be much more in the future.

After the record and the logo the kudders asked me to design – this time they had to celebrate something special. 10 years of finest Shanty-n-Roll. Now, they have a shirt & flyers that reminds them of the event ;)

As I am doing Graphic Design Jobs for ‚Audible‘ since a couple of years now – I was asked to actually create my own designs for some of their publications. This is my first piece – according to the existing ‚Fitzek‘-Cover out there so far.

The task is always – to make it readable enough even on small-sized-thumbnails – but not boring to look at, when it is on large scale. So it was about Type Design then about any additional Visual because of the small-size-issue on any mobile or other audible devices.

These guys really rock. And so does their software.
You are into digital music production? Then you have to try
Cableguys – if you have not already! Their products are high end quality.

The prouder I am that they asked me to redesign their product range, starting with the mothership ‚Curve‚ and ‚VolumeShaper‚.

The basic dark key-design works equally for both products – only the highlights are individualized –orange for Curve and green for VolumeShaper. Have a look.

I also redesigned the Website and made iconic illustrations and banners for their announcements.

I used two diferent versions of the logo. One (1.) general logo for website-usage / business card.
Another one (2.) for the social network-usage (such as vimeo / soundcloud / Facebook / …)

1. general logo in combination with the name of the journalist and the term Dreh-Schnitt-Ton

I was asked to design the Logo / Business Card / Website (still to be done!) for a young dynamic Architect Studio in Hamburg.
This minimalistic result of the first-letter-fusion of the the two names was quite a journey to approach…

For a dear Collega Petra – I´ve designed a Logo for her association ‚Rote Hose‘, which wants to inform especially young folks to take precautions against intestinal cancer.

The Task was to create a sign, which can be produced as a real ‚red ribbon‘. The sign should be one day be used similar to the ribbon, which is used as the symbol for the prevention of drunk driving and also solidarity of people living with HIV/AIDS*.

In this case the red ribbon is formed as pants – not least because the name of the association is ‚Red Pants‘ (‚Rote Hose‘).

A great Sound Designer, Nico Krebs,
who mainly works for the film industry in Germany.
He has decided to move into a bigger studio and by that chance to change the professional representation of his given name into the ‚brand‘ sweetspotpost.
(sweet spot? = a location or combination of characteristics that produces the best results – in this case: sounds)
The Logo I´ve designed for his new company is part of the total redesign.

Alternative Logo Designs from the scetchbook

Finally the brand new CD is out. I was asked to design the graphical package.
„The Berlin cabaret band renowned for eccentric cover versions are now covering their own original material with accordion, banjo, dobro guitar, acoustic bass guitar and The Beez´ trademark soaring four-part harmonies. Embracing the musical traditions of their respective homelands, the four German, American and Australian members take on styles as diverse as klezmer, punk and bluegrass with wit and charm.“

Oh and by the way the protagonist is called ‚Wolfgang‘!

This Logo was created in cooperation with the talented Multimedia Designers Kontinui, who asked me to help out by designing the logo for their client redstore.

Usage in the Brochure