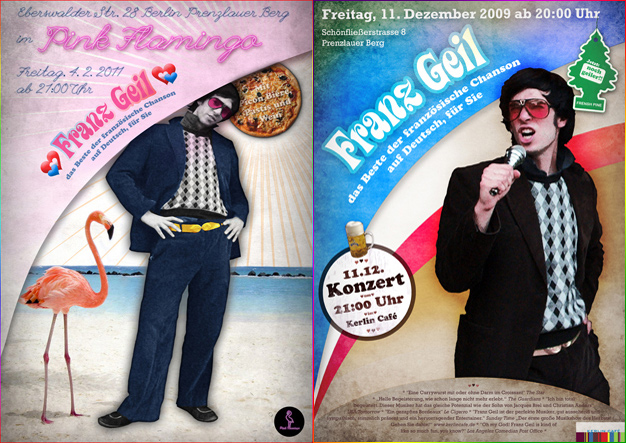 He wanted to be shown as a typical 60’s french Chanson singer. In those days, they played around a lot with color shapes and forms and put the protagonist right in there. I tried to do it with Franz Geil. Fortunately he had some old pictures of him, posing for the exact purpose.

I created a sort of graphical modular system to be able to create the upcoming posters in the same look.I used the french flag in combination with the german colors for the general color shading and of course a beer (THE german stereotype, nobody is embaressed about).

This way also he will be able to create his next posters by himself, if necessary. It will be easier and faster but similar to the rest. 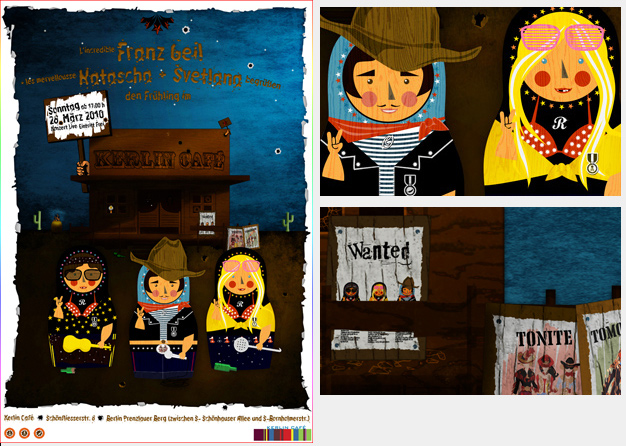 Punctually to the Valentines-Day-Celebrations i was asked by the Kerlin-Boys to design a Poster for their ‚Liebes Lieder‘-Party. 3 music acts were meant to play their. Of course i was there too. Unfortunately the police came after the first act and crashed the party. They made us leave the place. So we decided spontaneously to find another place where we could continue what we’ve just
started. To our surprise we could convince the owner of an austrian Restaurant ‚Masopust‘, who was just about to close. The whole delegation of the Kerlin-Valentines-Party had an even more special and very lovely evening. It’s all about Love, isn’t it. Thank you ‚Masopust‘ for your hospitality. We recommend you. Update: Unfortunately it had to close. So all we got is the memory of a bueautiful time there. 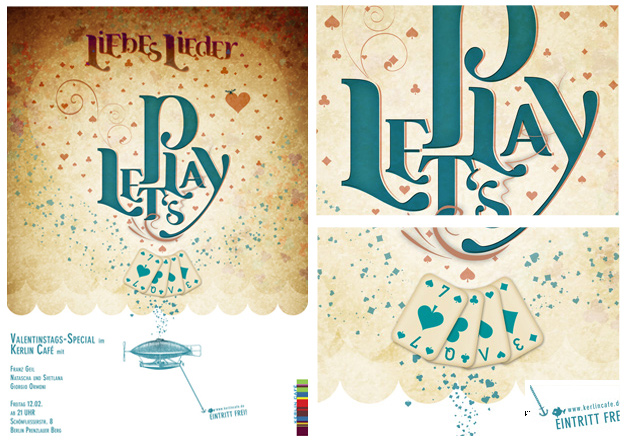