In september 2015 the IFA was on. I did design graphics for the main stage – in particular a game you could play with a friend on a tandem bicycle agains another team of 2. The faster you get, the faster your net speed will be. At the end you’ll get your boost, which is physically connected to your bike. 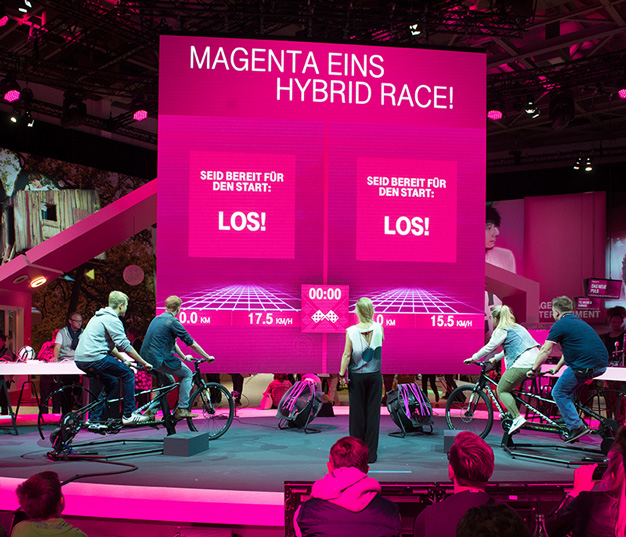 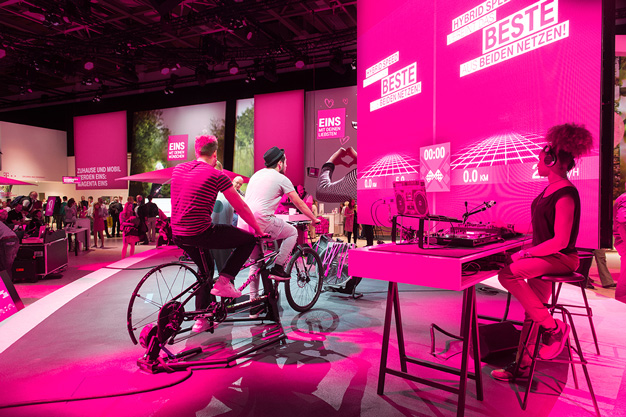 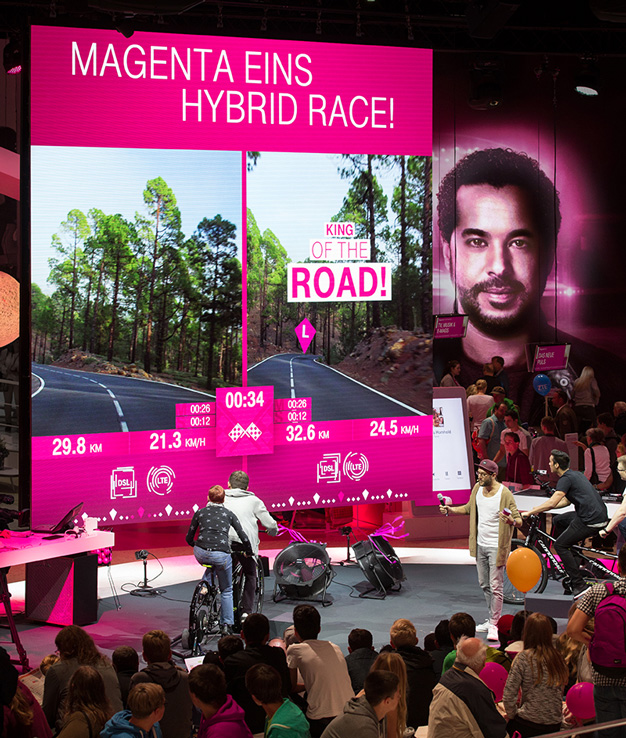 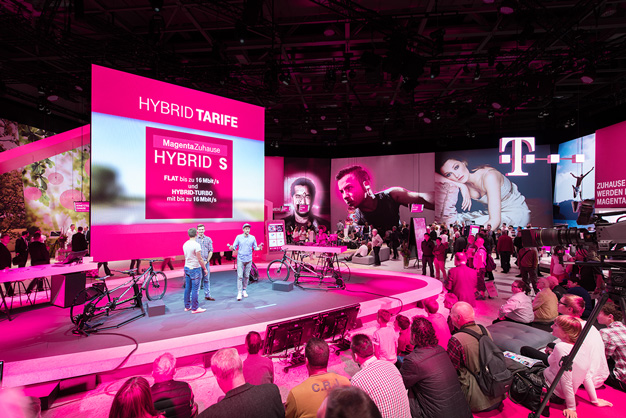 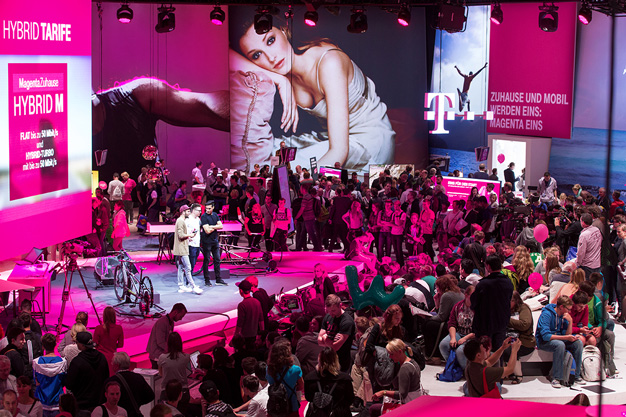 Impressions of the stand: 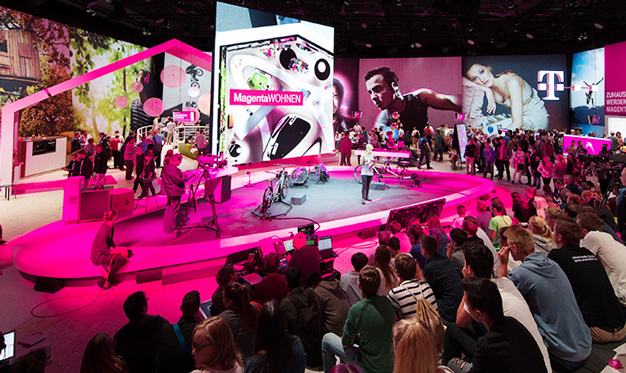 The whole stand was surrounded by huge hi-res-picture frames, which were partly interactive by movement-sensitive sensoric technology. 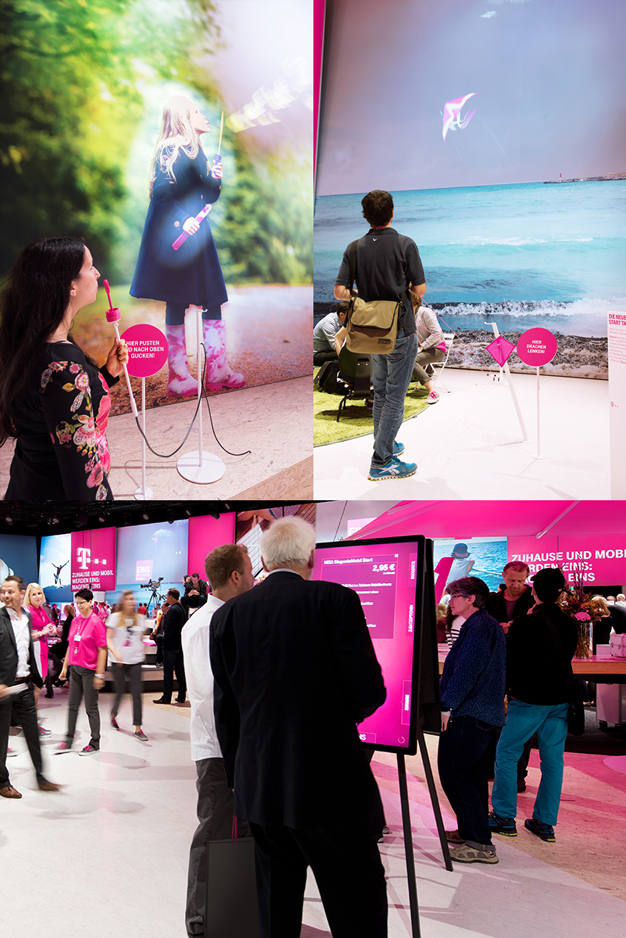